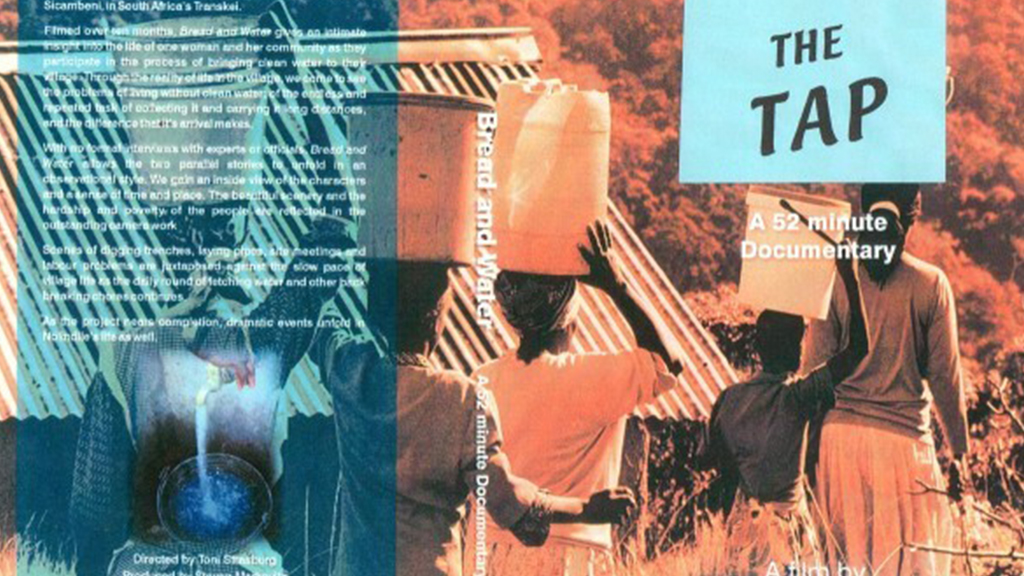 Through the eyes of one woman, Nolindile Mdatshwa, the film reflects a year of change and drama in the village of Sicambeni, in South Arica’s Transkei. Filmed over ten months, we get an intimate insight into the life of one woman and her community as they participate in the process of bringing clean water into their village. Through the reality of life in the village, we come to see the problems of living without clean water; of the endless and repeated task of collecting it and carrying it long distances, and the difference that its arrival makes.

With no formal interview with experts or officials, the film allows the two parallel stories to unfold in an observational style. We gain an inside view of the characters and a sense of time and place. The beautiful scenery and the hardship and poverty of the people are reflected in the outstanding camera work. Scenes of digging trenches, laying pipes, site meetings and labour problems are juxtaposed against the slow pace of village life as the daily round of fetching water and other back breaking chores continues.